The Historic Smithville Inn has been serving up hospitality seasoned with delicious meals since 1787. Just recently, Allyson and Matthew chose this cozy destination located in Galloway, NJ for their big day. After the ceremonial “I Do’s” and cocktail hour came every guest’s favorite part of the night-the reception.

To set the mood, guests entered the reception to Lionel Richie’s All Night Long. Wedding guests quickly took their seats and welcomed the bridal party and parents of the bride and groom as they danced their way into the reception while Children by Robert Miles played. Next up was our bride and groom, and boy did they come to party! Allyson and Matthew made their big debut as husband and wife to Tootsee Roll by 69 Boyz.

Next up came the first dance for our bride and groom. They chose Bobby Darin’s Beyond the Sea for this iconic moment as newlyweds. After the bride and groom whisked around the floor, Allyson and her father danced to And I Love Her by the Beatles. Matthew and his mother followed suit and shared their dance to Bob Dylan’s Forever Young.

After the traditional first dances, the bride’s parents welcomed all of the family and friends and the pastor offered a blessing. At the close of the delicious buffet dinner served up by the staff at the Historic Smithville Inn, we opened up the dance floor and let’s just say that everyone wearing a fitbit hit their 10,000 steps.

To honor those that have been married for many years, we played the anniversary dance game to Frank Sinatra’s You Make Me Feel So Young. The longest married couple was married for 65 years! They got onto the mic and shared their secret to a long last marriage.

After the anniversary dance, the cake cutting, and bouquet toss, our newlyweds and guests were free to pop, lock, and drop it for the rest of the night!

Our bride, Allyson, and her friends loved 90s club music so we sprinkled that in our playlist throughout the night. Check out our playlist below!

Buddy Holly – Rave On
Tutti Frutti – Little Richard
Alor On Danse – Stromae
Deorro – Bailar feat. Elvis Crespo
Celia Cruz- La vida es un carnival
Rump Shaker – Wreckx-N-Effect
1999 – Prince
I can’t turn you loose – Blues Brothers
Putting on the Ritz – Taco
Super Freak – Rick James
24k Magic – Bruno Mars
Give it to me baby – Rick James
Wobble – V.I.C.
Be my lover- La Bouche
Good Vibrations – Marky Mark and the Funky Bunch
Its Tricky – Run-DMC
Pump Up the Jam – Technotronnic
Get Get Down – Paul Johnson
Lady (hear me tonight) – Modjo
Scatman – Scatman John
The Bomb (these sounds fall into my mind) – The Bucketheads
Whitney Houston – Greatest Love of All
Whitney Houston – I Want to Dance with Somebody
You spin me right round baby right round – Dead or Alive
Do you wanna funk – Sylvester
You Dropped the bomb on me – The Gap band
P.Y.T. – Michael Jackson
Beat it – Michael Jackson
Love never felt so good – Michael Jackson
Get your freak on – Missy Elliot
Lose Control – Missy Elliot
First Day of my life – Bright Eyes
Moonlight serenade – Glen Miller
In the mood – Glen Miller
So High – John Legend
Stay with you – John Legend
You are the best thing – Ray LaMontagne
I wont give up – Jason Mraz
The women I love – Jason Mraz
Etta James – Something gotta hold on me
Mess Around – Ray Charles
You Send me – Sam Cooke
Unchained Melody –
You make me feel so young – Frank Sinatra
Endless Love – Lionel Richie
Baby Got Back – Sir Mix-A-Lot
Wannabe – Spice Girls
Sandstorm – Darude
Turn Down For What – DJ Snake & Lil Jon 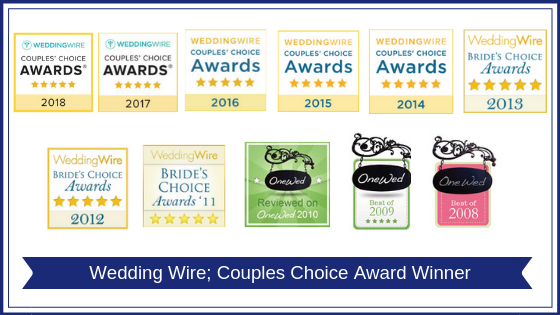